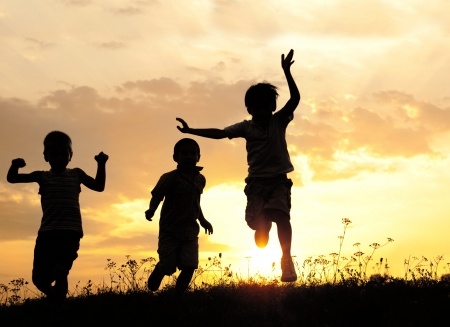 About This Song:
This was a song inspired by running around like an idiot with my kids… and it caused me to remember my own childhood’s deeply active imagination… and hopefully to be able to relate it to them in a meaningful way… and to you as well…

When I was a child
I would run like a horse in the wild
I could feel the wind
Screaming through my mane
And I would drink the fragrant breeze
Like it was wine instead of air
And you know tonight I feel that young again
And my veins run rich with oxygen
Let’s run! Let’s run! Let’s run!

When I was a child
I used to walk for miles
Down a road that had no name
On a road stretched out in silence…
And though these days I am chained
To a desk and a telephone
There was a time not so long ago
When I had dust between my toes
Come on let’s run!
Let’s run! Let’s run! Let’s run!