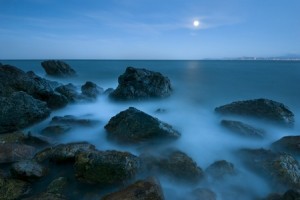 About This Song (Lyrics below)

For years one of my favorite story “banks” has been the various “Silkie” or “Selkie” stories form Ireland and Scotland. My Story Song, “The Silkie” (one of my most popular school assembly pieces), is about a female shapeshifting seal who is captured by a fisherman.

This version is about a male “Selkie”. He gets washed ashore in a storm and stuck in his human form because a young widow finds him and takes his magical seal skin or “Selkie.” Without it he can not return to his seal form and return to the sea.

Both versions of my Silkie songs explore the psychological dynamic of what happens to us “humans” when we allow ourselves to get “stuck” in unhealthy relationships.  The only way out is through.

Refrain:
Call me a rogue and I’ll answer
Call me a fool and I’ll strike
Life on the land is a cancer
When it’s life in the sea that I like
I’m a man upon the land
I’m a Selkie upon the sea
I’ve given you a fine strong child
Now it’s time to set me free

I keep my word when I speak it
While you have my soul on a string
If you had any heart this would break it.
Where is my Selkie skin?

Copyright 2013 by Mark Shepard. All Rights Reserved. Used by Permission.